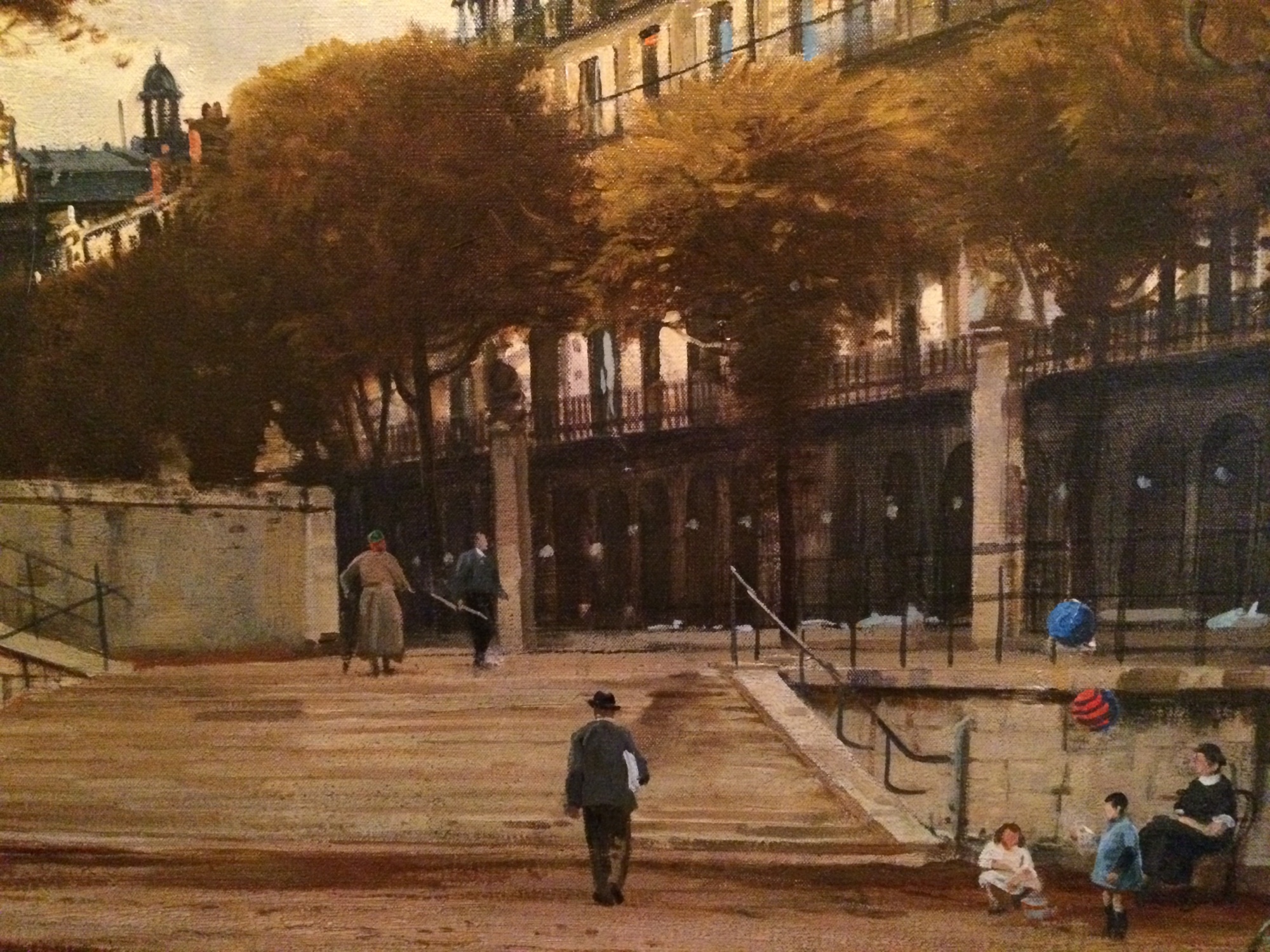 My mind has a tendency to wander. In conversation and in class, I am prone to digress. So my natural sympathies lie with the Situationist Guy Debord’s dérive. His random ramble through the city with eyes and mind open could be a symbol of how I think.

The dérive has two aspects, the ambulatory and the aleatory. It is a purposefully random walk. While Debord fancied himself the most radical of revolutionaries and purported to break with past thinking completely, each aspect of the dérive has its origins in ancient philosophy.

First, walking the walk: If political philosophy begins with Socrates, then it does so in Athens’s streets. Socratic conversation and reflection took place in the agora, the marketplace of Athens, the ancient analogue to 19th century Paris’s arcades or today’s Champ-Élysées. There in the busy thoroughfare where people carried on with the business of everyday life, Socrates accosted old and young, the who’s who as well as ordinary nobodies, asking about the good and god, truth and beauty, law and justice. Plato in his dialogues takes pains to specify not only what Socrates was talking about and whom he was talking to, but also while he was talking, where he was walking. The point of specifying the scene in the ordinary world is that for Socrates, philosophy, if it is to be meaningful must be part of everyday life. This is a talking point for the Situationists as well; see Raoul Vaneigem’s The Revolution of Everyday Life. Even when ancient philosophy became more formal and Plato’s student Aristotle founded his Lyceum, the school was known as “peripatetic,” which can be translated as the school of walking. The legend goes that Aristotle walked while he talked, pacing the room while lecturing. (In contrast, in my classes, I comfortably sit while rambling on.)

Second, taking a chance on chance: The dérive’s aleatory aspect, it’s prioritization of the random, its trust in the arbitrary, is radical only in the sense that its roots are even older than the schools of Aristotle, Plato, and Socrates. The pre-Socratic thinker Epicurus, a materialist, taught that the world was made up of invisible atoms. Such a theory seemed fantastical — invisible atoms! Only more horrible was its implied ethos: if all there is was all there was with no inherent aim to our world nor gods who cared what we did, then the reasonable thing to do would be to pursue pleasure. Aristotle scorned the school, and later Platonists burned the ancient atomist’s texts, so little of Epicurus’s own voluminous writings survive today beyond fragments. Our chief source for Epicurean philosophy is not Greek at all, but Latin: the Roman poet Lucretius in his Epicurean epic De Rerum Natura, “On the Nature of Things” describes in rapturous verse the materialist vision of the universe, the thoughtful pursuit of pleasure, and (of interest to we dérivers) the importance of chance. To the objection that a material universe undirected by any commanding intelligence would be incapable of change, Lucretius answered, rather insouciantly, that it was begun by a random “swerve” (L. clinamen). This swerve, Lucretius claimed, began the world’s creation. (https://www.youtube.com/watch?v=JGBE3eLpvm0.) This arbitrariness allows for our free will, so all creativity involves chance. So my mind drifts.

Note that the Epicureans are also often depicted as walking while talking, but rather than through the market place or city streets, it is through shady, fragrant, fruit-and-flower-filled gardens that they stroll in contemplation and, with philosophically minded friends, cheerfully converse. I imagine some place similar to today’s Tuileries.