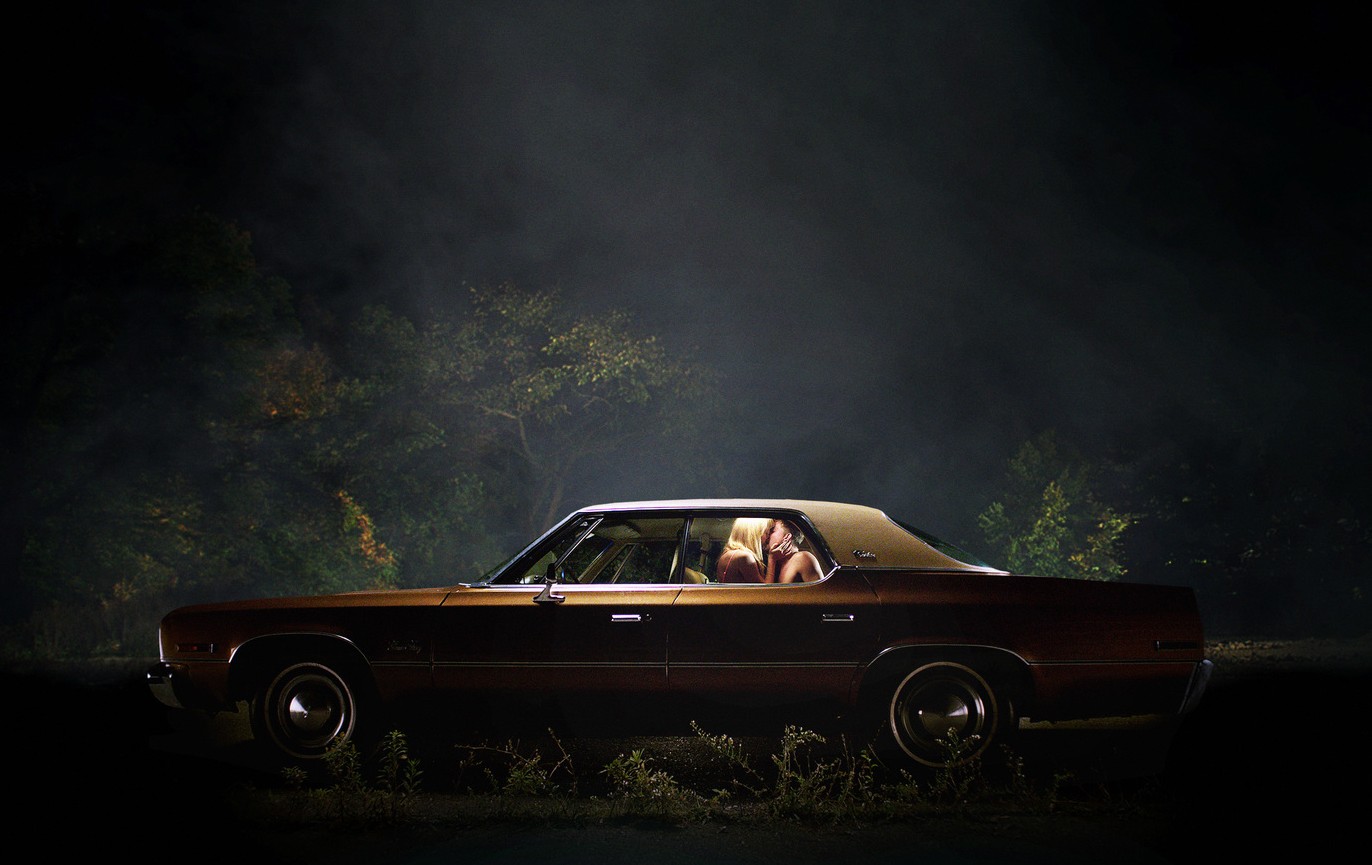 What is “it”? This question follows us after watching David Robert Mitchell’s scary sexy “It Follows.” The story’s premise is simple, so simple Mitchell admits that during production he refused to discuss it for fear of diminishing it. There is a curse: a supernatural being will follow you, track you down, walking slowly, but directly and inexorably, to kill you. This curse is contracted sexually, like an S.T.D. You can pass the curse onto someone else by having sex with them, but once that lover is killed, “it” will be back after you, always following. Mitchell is right: a simple recitation of the rules by which it follows does not begin to convey how beautifully and frighteningly this supernatural horror story proceeds. Aesthetic analysis begins to get at it. The cinematography is all wide-angled, allowing our eyes to search every shot for “it.” And each shot is gorgeous, recalling the photography of Gregory Crewdson or the paintings of Edward Hopper. Most shots, of course, feature the lovely and vulnerable lead actress Maika Monroe. The sound track is smart synth, offering mood and knowing commentary, recalling John Carpenter’s “Halloween” (to which this film owes an obvious debt and pays worthy homage). And some serious themes are touched upon: sexuality and moral responsibility, family and friendship (a perfectly cast ensemble), modern urban life (shot amidst the ruins of Detroit and its seedy sprawling suburbs). But image, sound, and theme, however atmospheric, apropos, or poignant, are all only ornament or counterpoint to our anxious and horrified contemplating of “it.” It follows with mechanical, ineluctable force. It follows the way objects fall; we contemplate it the way Newton contemplated bodies in motion.

Mitchell admits the source of it comes from a particular and personal childhood dream: “I had it when I was very young, the nightmare. I had it several times and I still remember images from it. I didn’t use those images for the film, but the basic idea and the feeling I used. From what I understand, it’s an anxiety dream. Whatever I was going through at that time, my parents divorced when I was around that age, so I imagine it was something to do with that.” Mitchell, however, has refused to offer his own interpretation: “I’m not personally that interested in where ‘it’ comes from. To me, it’s dream logic in the sense that they’re in a nightmare, and when you’re in a nightmare there’s no solving the nightmare. Even if you try to solve it.”

It arises from the same source as all anxiety dreams and nightmares, from the unconscious and from our most primal desires and fears. We desire life. We fear death. Life is transferred through sex, and death, of course, inevitably follows. Life is a “curse” that begins with sex and ends with death. In the film, only those who have had sex with the cursed can actually see it, hinting that with carnal knowledge begins our true intimation of mortality. The film offers quotations from Dostoevsky and T.S. Eliot as internal commentary, but it might be better to follow Freud’s meditations on ancient tragedy and his theory of the unconscious. For Freud, our primal libidinal drive, the pleasure principle, along with the death instinct, reside within a complex psyche comprised of different parts. There is the rationalizing and repressive Super-ego, and there is the willful individuating Ego, but more original than these and more influential upon us lies the deepest part of ourselves, the source of all our urges and fears, our instinct for sex, our aversion to death. Freud called this part of us, the Id, which is simply Latin for “it.”

One thought on ““It Follows””